Pagan Deck Limited Edition by Uusi
"Pagan" is the fourth deck in Uusi's eventual six-deck series.
With every deck we create we try to use a new medium and create a unique theme so that each has it's own distinctive look.

Our inspiration for "Pagan" came from our love of the great forests and lakes of Northern Wisconsin and Michigan's Upper Peninsula. The smell of the woods, their silence and the enormous beauty of the forests and lakes in that region of the US has always inspired us. When you are deep in the forest that feeling of wilderness is intense and it was that feeling that became the creative starting point for our new deck.

Taking that primal experience and expressing it visually led us to the Pagan era. This was a time in history when religious belief went hand in hand with people's everyday interaction with nature. The expression of this belief played out in different festivals, customs and myths in countries around the world. We chose the pagan regions and customs that covered the fjords and forests of Scandinavia, to the mountainous lands of Central Europe and the misty shores of the British isles to finally, the vast, endless forests and tundras of Russia for inspiration. Those lands bear a resemblance to the forests of the US whose trees, plants and woodland animals and their intense, earthy colors made their way into the costumes, pips and patterns we created for the original artwork in the "Pagan" deck.

All the original artwork in Pagan - from the tuck box design the courtrs, pips and through to the borderless back design - was painted using traditional oils by the artist and designer, Linnea Gits.

Printed in a Limited Edition of 4000 decks. 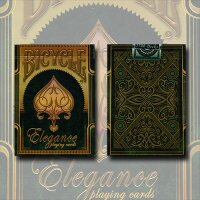 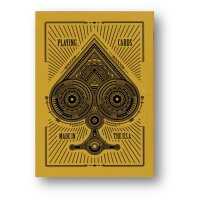 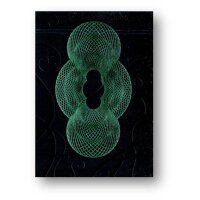 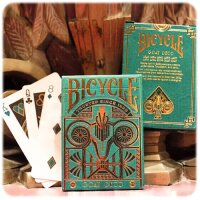 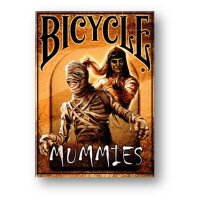 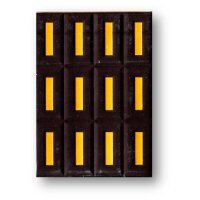