Transducer Oriduru Edition Bicycle Poker
Focusing on the culture   and oriental style of Japan, we chose the Oriduru as our theme for the   design this time round. Oriduru means Paper Cranes folded from origami   paper in Japan. An ancient Japanese legend promises that anyone who   folds a thousand origami cranes will be granted a wish by a crane. Some   stories believe you are granted eternal good luck, instead of just one   wish, such as long life or recovery from illness or injury. The crane in   Japan is one of the mystical or holy creatures and is said to live for a   thousand years!For the back design of the cards, we brought in a   lot of elements apart from the theme of the deck. We have ALL the pips   (including those small corner pips) on the faces of the cards customised   based on the foliage scroll, a traditional style in Japan. The colors   of the court cards have also been changed to have a warm and cosy feel. 2   identical jokers where designed modernly but with the traditional feel   of the folding art of origami. The tuck case have also been modernly   designed. On the front of the tuck case, we uses metallic silver on the   black and white design to provide a 3D contrast. A double back and ad   card will also come with the deck. Last, but not least. The Ace of   Spades designed with the theme of Oriduru. 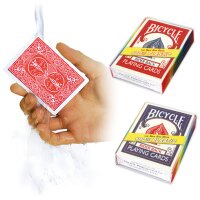 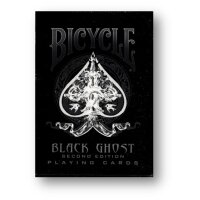